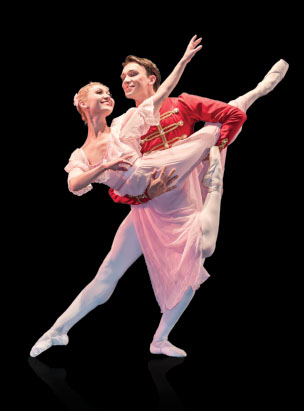 La Classique was founded In 1990 by its current director Elik Melikov.
La Classique with its artistic ballet mastery, lavish costumes and magnificent stage sets will take us on a journey back in time to the frost-covered, gas lit world of Clara, her beloved nutcracker doll and the magician Drosselmeyer.
This romantic tale with its blend of magic and realism brings to life the popular Tchaikovsky score featuring the famous “Dance of the sugar plum fairy” and “The waltz of the flowers.”
The greatest success of Russian theatre is undoubtedly Classical Ballet
With this delightful production of the much loved Nutcracker, La Classique captures the imagination, the passion, the humour and magic of the ballet.
“Is the dream for real . . . Or is it just a fairytale”
SHOW RUNNING TIMES

As sweet as a nut, it doesn’t get much better than this
Jersey Evening Post

Gloriously traditional production that captures all of the fairytale, enchantment and beauty one could wish for
Manawatu Standard