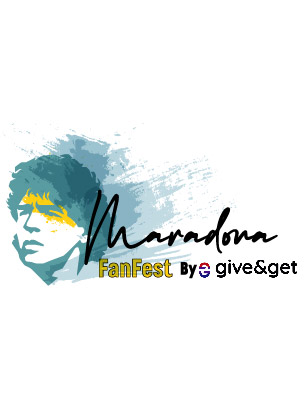 The FIFA 2022 World Cup is the first without the presence of Diego Armando Maradona, however, and to the delight of global football fans, the great nation of Qatar provided the resources to create Diego Maradona's Give&Get Fanfest. This space that uses state-of-the-art technology gives Diego a new life, so that all visitors to Qatar 2022 will be able to interact with the football star in an unprecedented way.

Visit Qatar 2022 and be part of an unforgettable interactive experience, participating in the tribute to Maradona and experiencing one of the main attractions of the FIFA World Cup.

The Diego Maradona’s Give&Get Fanfest will open its doors daily throughout the World Cup in Qatar at the exclusive hangar and FBO close to the airport, offering visitors multiple attractions, events, activities and the unforgettable opportunity to interact with Maradona.

2. Tango D10S VIP Experience: Live the unique experience of getting to know the modern Tango D10S aircraft where you can interact with Diego Maradona, then enjoy the whole experience and have access to the exclusive VIP FBO.

3. Give&Get Penalty Challenge: Play for the chance to win the value of your ticket deposited in your Give&Get account.

4. Maradona 360 Dome: Feel the incomparable sensations of Diego when entering to the pitch in a unique immersive experience.

5. Kick like Maradona: Kick and using artificial intelligence, see how well you score against the real Diego Maradona.

6. Photo booth: Fans from all over the world will leave messages for Maradona and they will get a picture with him sent to their emails. We will start collecting these messages in Qatar 2022 until USA 2026. The millions of messages collected will be sent into space and will be projected in space during the next world cup. We are creating a bridge between Qatar and the USA and those messages will be in space looking for the Cosmic Kite.

1. Live DJ: During some dates during the World Cup.

3. Maradona’s World Auction: on Saturday, December 17, prior to the Qatar 2022 World Cup final match, the Tango D10S will be publicly auctioned at the Give&Get Fanfest. The Tango D10S aircraft will be signed in indelible ink by several of the world's leading athletes. In addition, multiples pieces of valuable Diego Maradona’s memorabilia, donated by his heirs, as well as items donated by athletes from around the world, will be auctioned. It is estimated that this event will be televised in several countries. A significant portion of the memorabilia proceeds will go to charity.