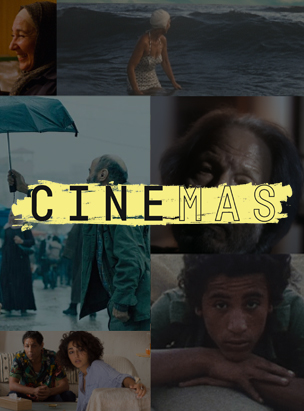 The story continues at Manarat Al Saadiyat this year with #CineMAS in its third edition! The best of independent world cinema; inspiring films, exploring 7 different themes.
(Curated by Hind Mezaina)
About the Curator:
Hind Mezaina is an artist, writer and an independent film programmer. She has curated film screenings across the UAE, including Louvre Abu Dhabi, Sharjah Art Foundation, The Africa Institute, The Theatre. She is also the founder of The Culturist blog (launched in 2009) and the co-founder of Tea with Culture podcast (launched in 2015).
Program Schedule
Sunday, June 20
GAZA MON AMOUR Trailer
Directors: Tarzan Nasser, Arab Nasser
France, Palestine, Germany, Portugal, Qatar, 2020, 87 min, Drama, Arabic with English subtitles
Rating: PG15
UAE Premiere
Sixty-year-old fisherman Issa is secretly in love with Siham, a woman who works as a dressmaker at the market.
Timings: 7:00pm & 9:00pm

Monday, June 21
ARAB BLUES (UN DIVAN À TUNIS)Trailer
Director: Manele Labidi
France, 2019, 90 min, Comedy, French with English subtitles
Rating: PG15
UAE Premiere
Selma, a psychotherapist who, after living in Paris for most of her life, decides to return to her hometown in Tunisia to set up a new practice.
Timings: 7:00pm

DREAMS OF THE CITY (AHLAM AL-MEDINA)
Director: Mohamad Malas
Syria, 1984, 130 min, Drama, Arabic with English subtitles
Rating: PG13
When his father dies, Dib, his younger brother and their mother (Yasmine Khlat) move away from their hometown Quneitra to Damascus. The mother’s despotic father reluctantly takes them in and tries to force the mother to remarry. Overwhelmed by the magic of the city, Dib wants to discover everything and is full of dreams. His daily life is shaped by insults and punishments however. Dib grows up against a backdrop of the political upheavals of the 1950s (the end of the military dictatorship in Syria and the nationalization of the Suez Canal, Nasser’s taking of power in Cairo, Egyptian and Syrian unification in 1958) and loses his childish illusions in the face of such violence and brutality. The dreams of the city prove to be a nightmare. Mohammad Malas’ partly autobiographical debut film marked the transition to auteur cinema in Syria.
Timings: 9:00pm
Tuesday, June 22
MONOGRAPHS: MOTIFS
Commissioned and presented by Asian Film Archive
Video essays casting a critical gaze upon symbols, systems, and the apparatus of power. Total duration 89 min
Rating: PG
GHOST LIKE US
Riar Rizaldi, 2020, 20 min, Bahasa Indonesia & English, with English subtitles
DEATH OF SOLDIER
Truong Minh Quý, 2020, 14 min, Vietnamese with English subtitles
BRAVE REVOLUTIONARY REDUBBED
Kush Badhwar & Renu Savan, 2020, 20 min, English & Hindi with English subtitles
IRANI BAG
Maryam Tafakory, 7 min, No dialogue, English subtitles
SAVED BY THE PARTY-STATE
Maja Korbecka, 15 min, Mandarin & English with English subtitles
HER FIVE LIVES
Saodat Ismailova, 13 min, No dialogue
UAE Premiere
Timings: 7:00pm

GHOST TROPIC TrailerDirected by Bas Devos
Belgium, 2019, 85 min, Drama, French with English subtitles
Rating: PG
UAE Premiere
After a long day at work, 58-year-old Khadija falls asleep on the last train. When she wakes up, she has no choice but to make her way home on foot.
Timings: 7:00pm

THE DREAM (AL-MANAM)
Director: Mohamad Malas
Syria 1987, 45 min, Arabic with English subtitles
Rating: PG13
Shot in 1980-81, the film is composed of interviews with different Palestinian refugees including children, women, old people, and militants from the refugee camps of Sabra, Shatila, Bourj el-Barajneh, Ain al-Hilweh and Rashidieh in Lebanon. In the interviews Mohamad Malas questions them about their dreams at night. The dreams always converge on Palestine: a woman recounts her dreams about winning the war; a fedai of bombardment and martyrdom; and one man tells of a dream where he meets and is ignored by Gulf emirs. During filming Malas lived in the camps and conducted interviews with more than 400 people. In 1982 the Sabra and Shatila massacres occurred, taking the lives of several people he interviewed, and he stopped working on the project. He returned to it in 1986 and edited the many hours of footage gathered into this 45 minute film, released in 1987.
Timings: 9:00pm 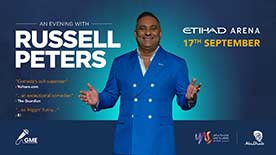