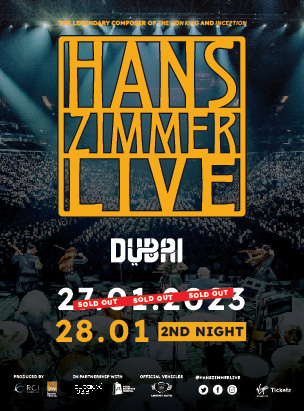 Hans Zimmer, the multiple Academy Award winning, highly celebrated German composer responsible for some of the most listened-to soundtracks in the history of cinema is bringing his new breathtaking European tour Hans Zimmer Live to Coca-Cola Arena on 27 and 28 January 2023.
The concert will feature two and a half hours of new and reimagined arrangements from Zimmer himself, together with a large orchestra and complemented by Hans Zimmer’s magnificent live band and dancers.
Hans Zimmer Live is brought to you by Dubai’s Department of Economy and Tourism (DET) as part of its Dubai Presents series and will be one of the closing shows of the Dubai Shopping Festival (DSF).
read more
Add event to iCal
head there!
Points of sale 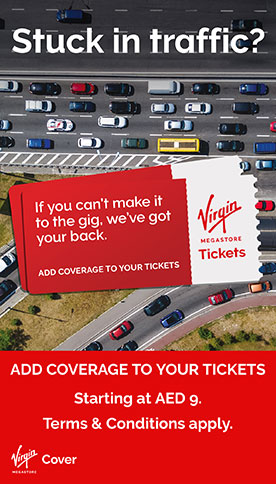